The first quarter of 2021 saw US$40.2 billion worth of M&A in the construction sector globally. This represents the highest value of any Q1 on Mergermarket record (since 2006). This was boosted by the largest deal in the sector, a domestic Chinese deal which saw Xinjiang Tianshan Cement acquire four regional cement manufacturers for US$15.2 billion. 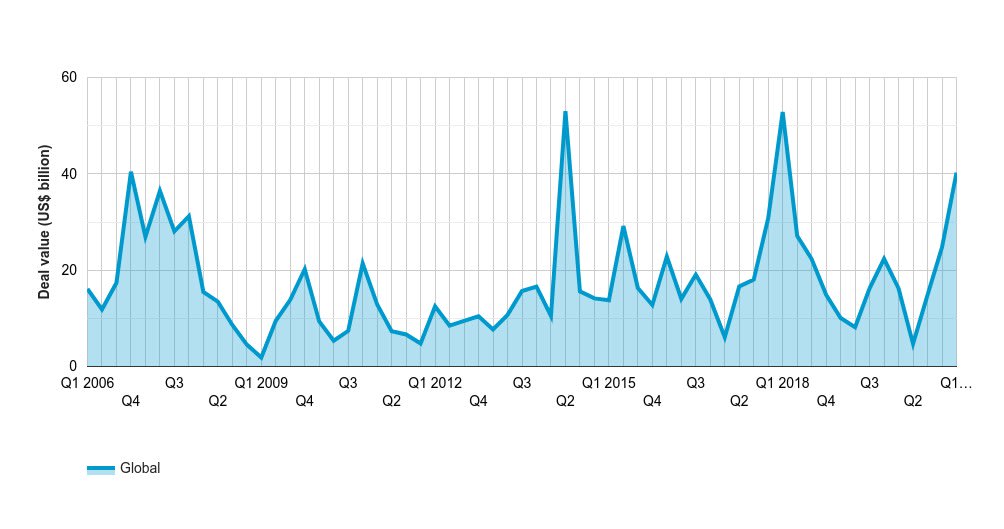 Canadian M&A came to US$56.9 billion in the first quarter of 2021—the highest quarterly value since Q3 2007 which recorded US$79.8 billion worth of deal activity. The largest deal of the quarter was the US$21.2 billion merger between telecoms firms Rogers Communications and Shaw Communications. 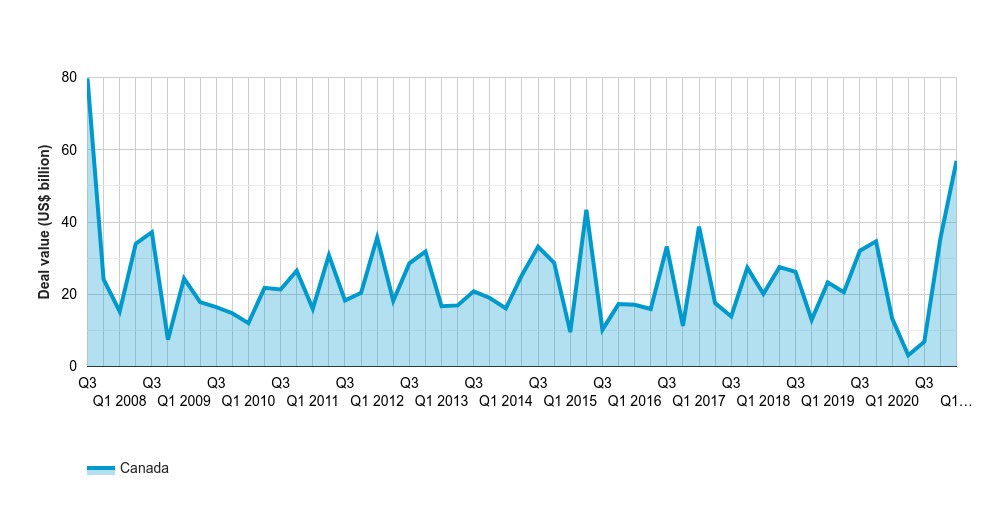 M&A in the leisure sector in the US came to US$24.7 billion in Q1 2021, the highest total of any quarter since Q3 2007’s US$35.6 billion. This was boosted by the US$9.2 billion acquisition of hotel chain Extended Stay America by Blackstone Real Estate Partners and Starwood Capital, the largest US buyout of the quarter.

M&A deals targeting Japanese firms totaled US$109.1 billion in value, the highest annual value on Mergermarket record (since 2006). A large proportion of the overall deal value was due to the largest transaction of the year, telecoms firm NTT’s US$40.4 billion acquisition of a 33.8% stake in mobile provider DoCoMo. 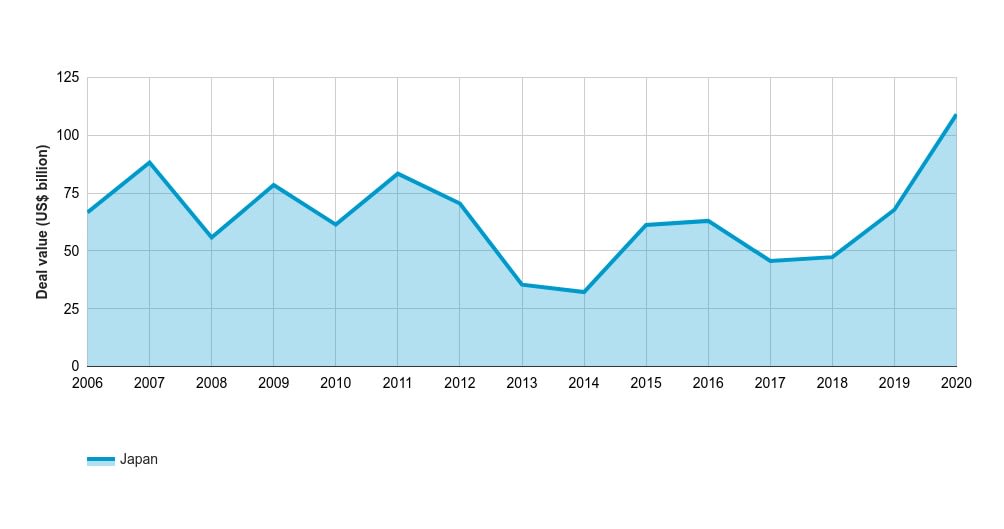 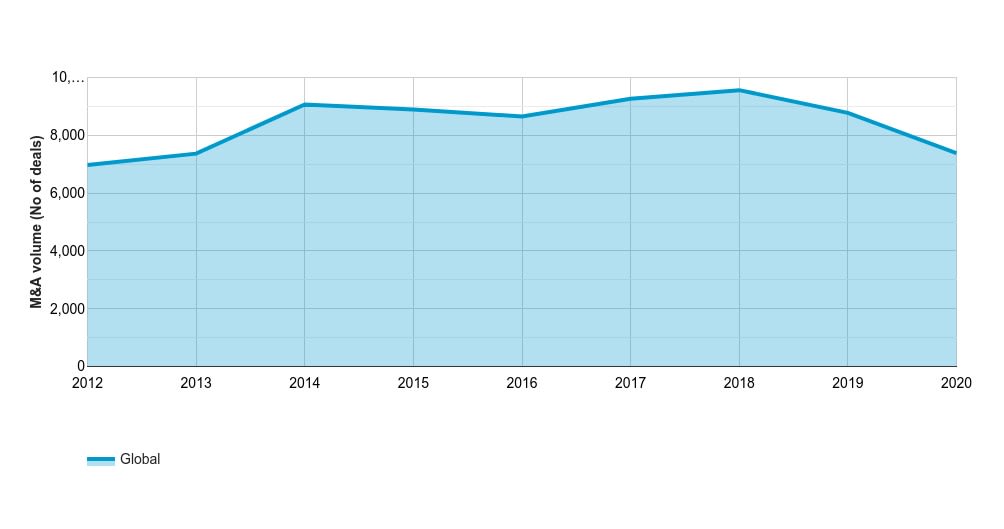 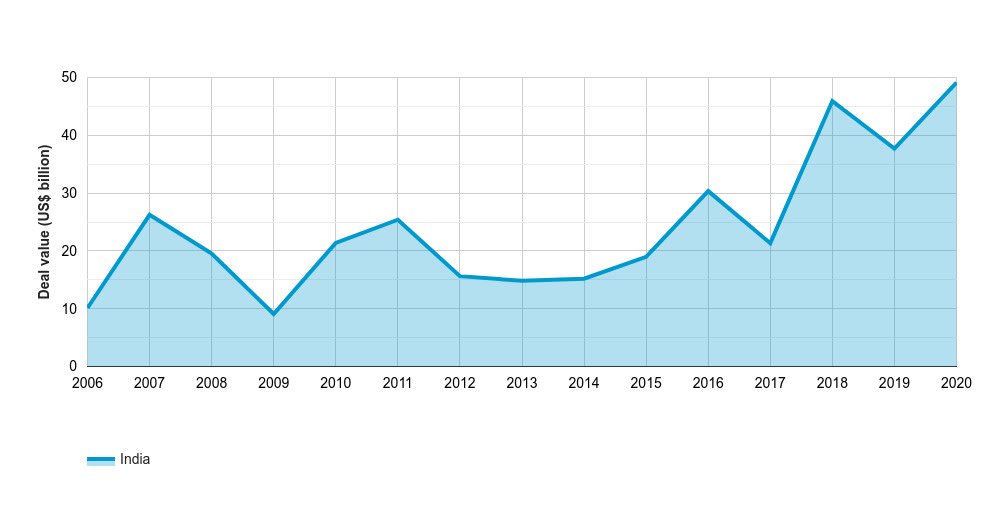 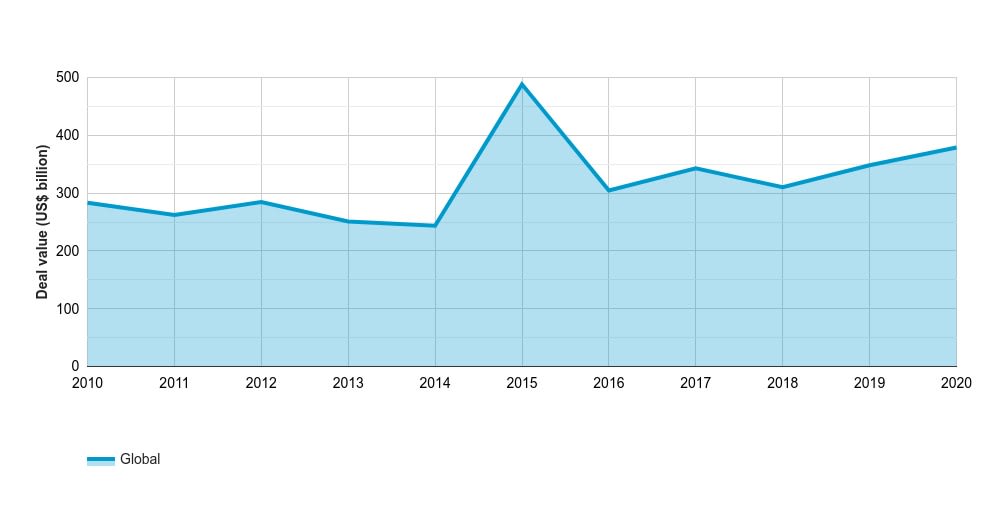 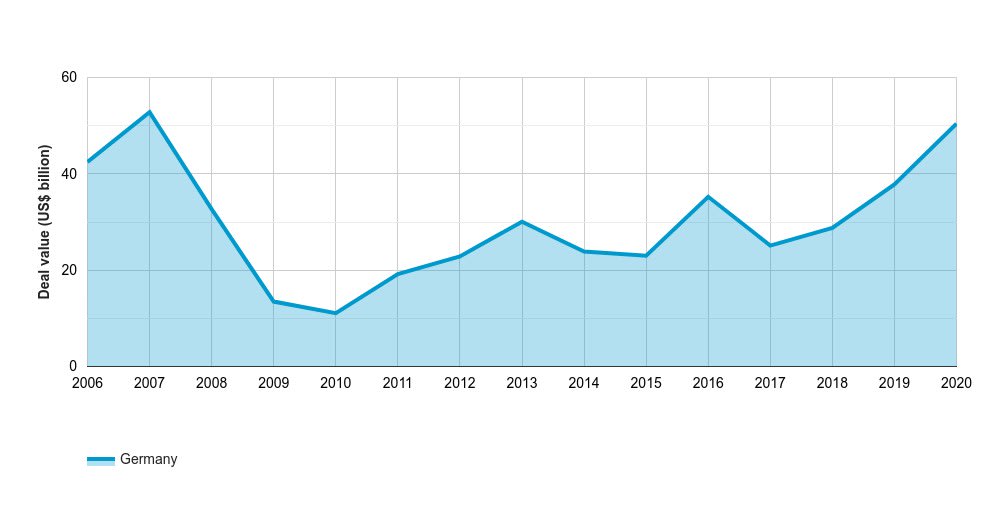 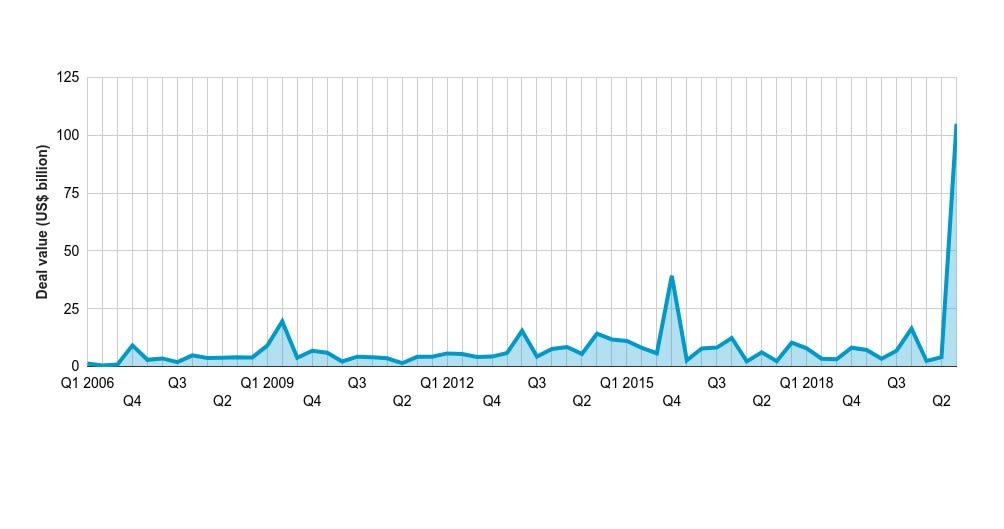 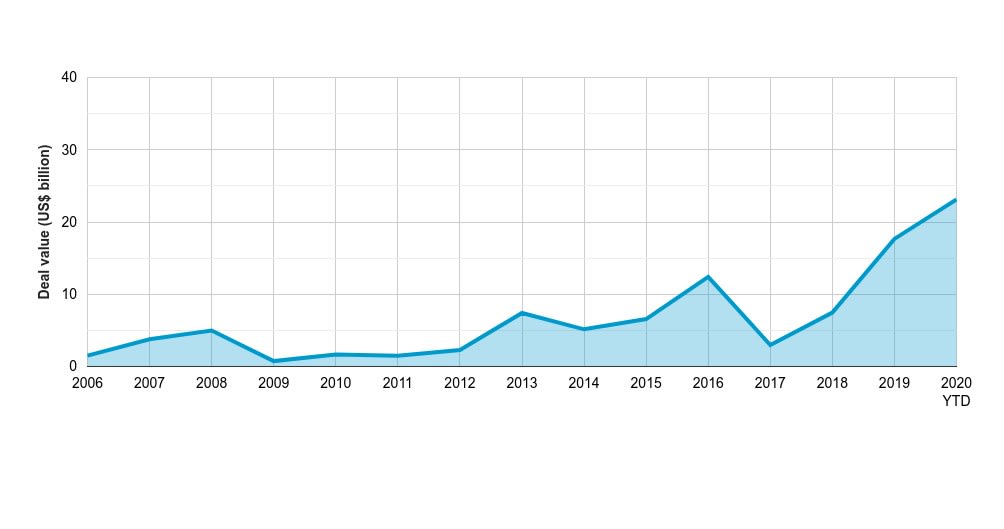 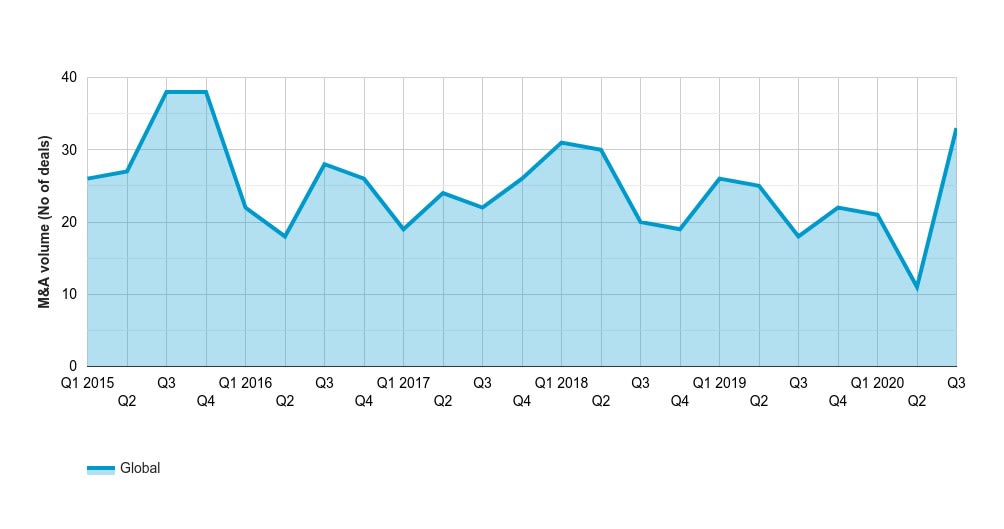 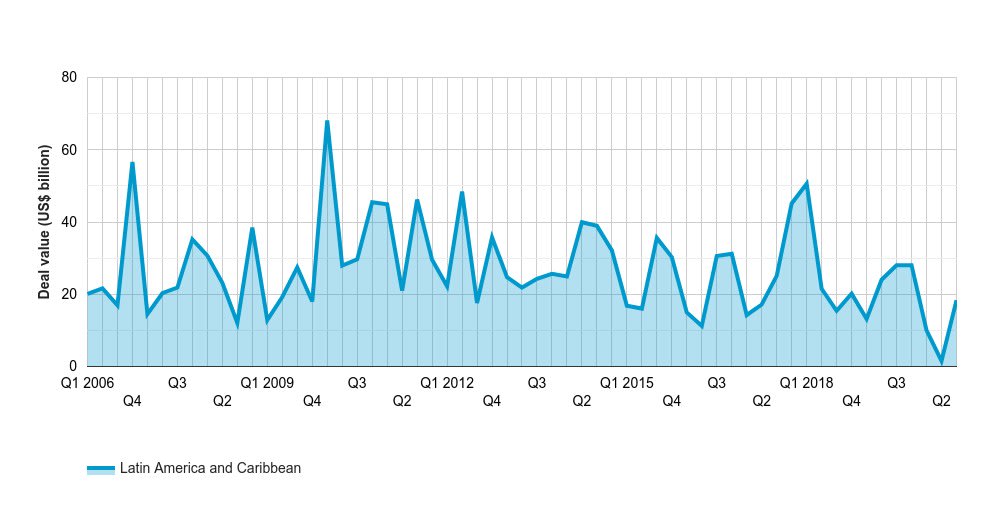 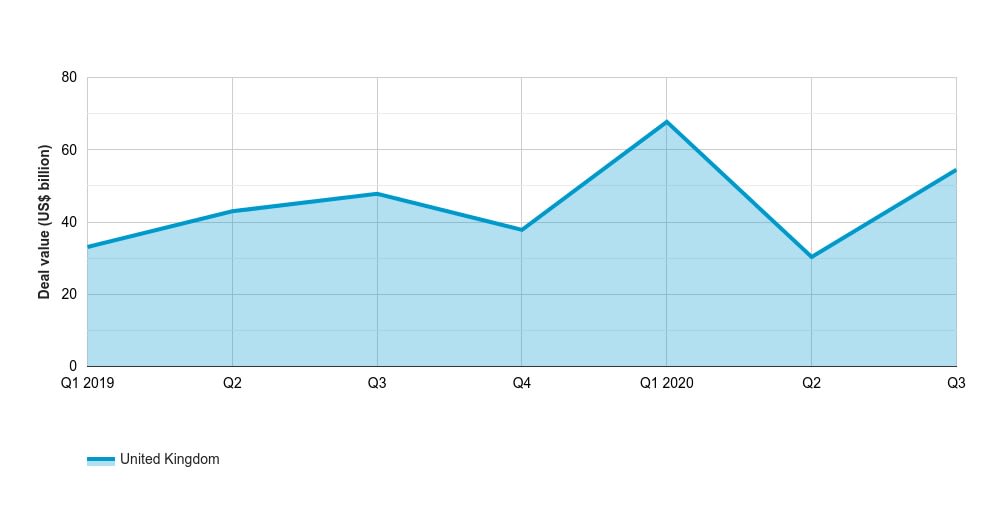 Semiconductor M&A in the third quarter totaled US$62.45 billion. This is the highest quarterly total on Mergermarket record (since 2006), due in large part to NVIDIA’s US$38.5 billion bid for UK semiconductor firm ARM. 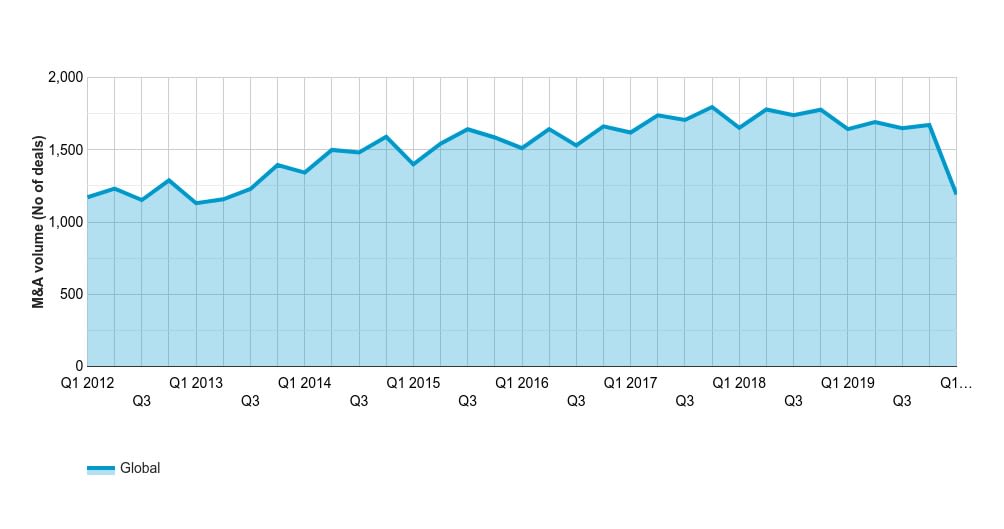 There were 247 deals targeting Chinese companies in the first quarter of 2020, a 51% drop below the previous quarter and the lowest of any quarter in over eight years, when 246 transactions were recorded in Q3 2013. 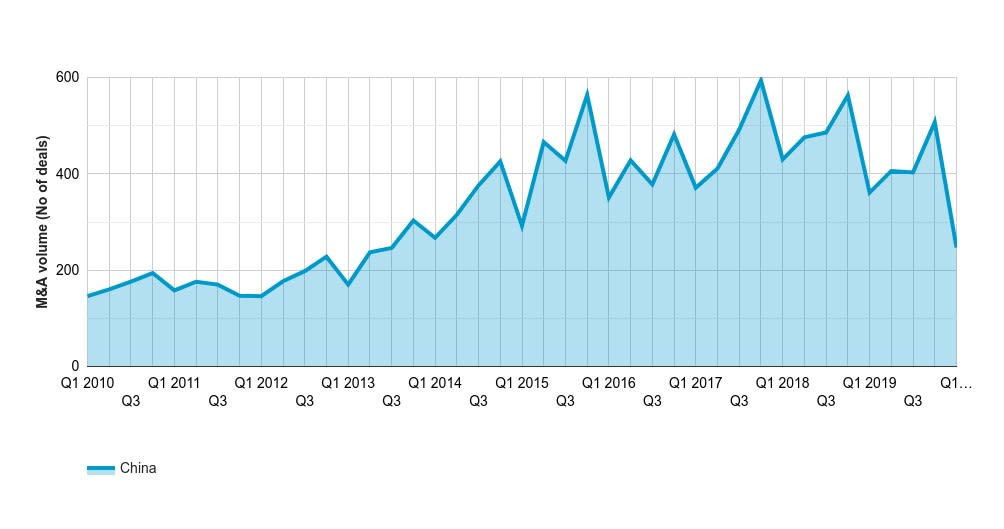 French domestic M&A totaled US$12.7 billion, more than double the previous quarter, and the highest total value since Q2 2017. This was mainly due to a single large deal, the US$10 billion merger between payments companies Worldline and Ingenico. The deal is still pending shareholder and regulatory approvals. 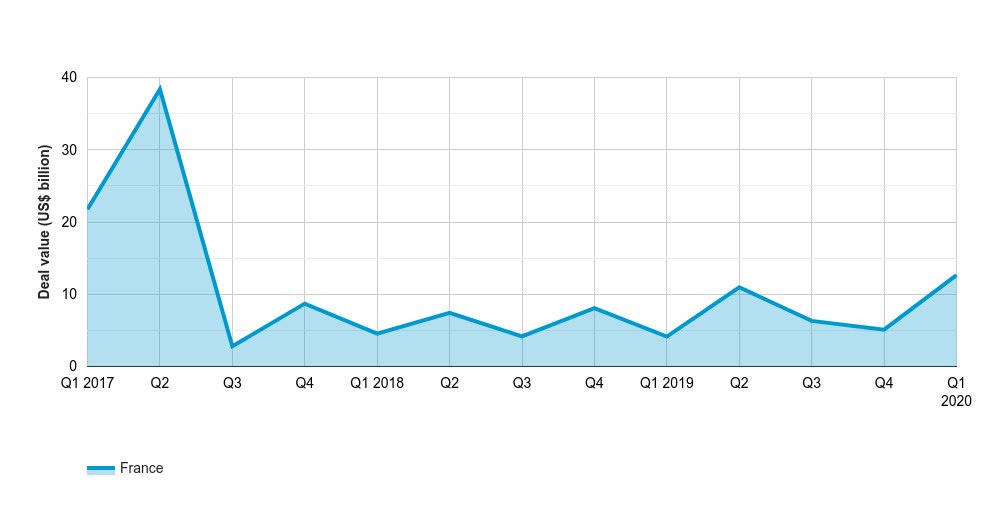 The first quarter of 2020 saw US outbound cross-border private equity activity total US$50.6 billion. This represents not only a 61% quarter-on-quarter increase, but was also the third-highest quarterly value on record. The largest of these deals was the US$18.8 billion carve-out of industrial group Thyssenkrup’s elevators unit. 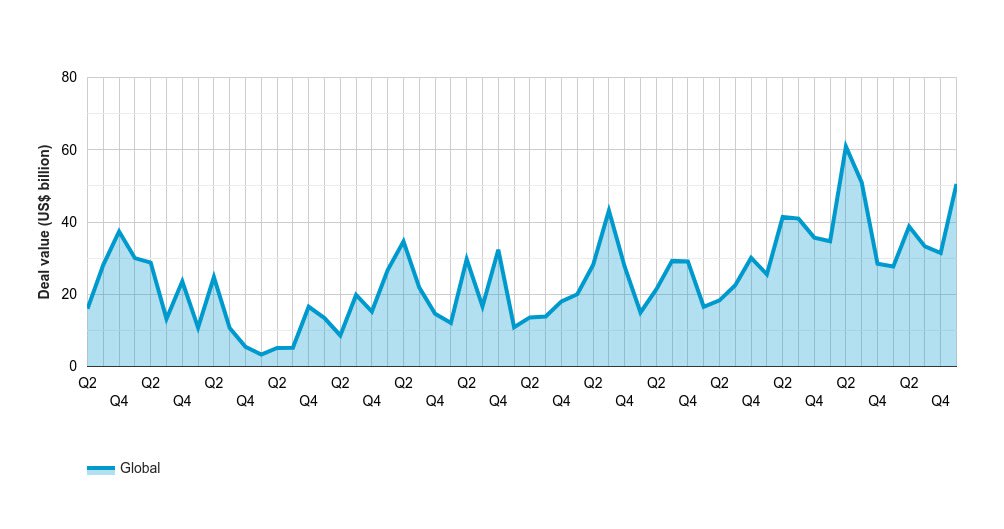